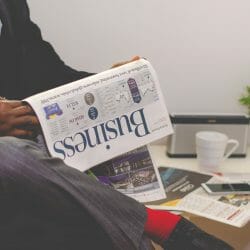 A range of measures designed to boost business and productivity were announced in Autumn Budget 2017. Amid a background of discontent surrounding business rates, chancellor Philip Hammond revealed future increases will be determined by the Consumer Prices Index measure of inflation from April 2018. The measure comes into effect two years earlier than originally planned[…]

Chancellor George Osborne delivered his Budget 2016 on 16 March 2016 and outlined several changes national insurance, corporation tax and stamp duty. Some of the headline measures relating to businesses announced in the Budget include: Corporation tax – the rate of corporation tax will reduce to 17% by 2020 Business rate relief – the doubling[…]

I am delighted to be able to announce that as of 1st April 2016 Tor Stringfellow, our Senior Manager, will be appointed a Partner here at Jack Ross. Tor has been with us for 3 years and will already be known to many of you. He is looking forward to meeting as many clients as[…]

More than half of small business owners want the new Conservative government to prioritise reducing regulation, a survey by the Federation of Small Businesses (FSB) has revealed. The poll of more than 2,300 FSB members found that 53% believe that regulation is the biggest issue to tackle in the next 5 years The top 5[…]

Introduction The Chancellor George Osborne delivered his final Autumn Statement of this Parliament amid ongoing economic uncertainty. The key indicators paint an unclear picture. The UK economy is now expected to grow faster in 2014 than any other developed economy including the Eurozone. But the pace of GDP growth slowed between the second and the[…]

More than a third (38%) of people don’t have enough money to save every month, according to research by Lloyds Bank. Lloyds Bank’s latest survey of more than 3,500 people found that 24% will either stop saving or save less during the next 12 months. The research found: 34% of respondents have less than their[…]

Delivering the 2013 Autumn Statement, the Chancellor said the latest forecasts from the Office for Budget Responsibility proved that “Britain’s economic plan is working” but warned that the “job was not done.” But George Osborne stressed that: the deficit is lower but it’s still too high growth is up but productivity is too low businesses[…]

Chancellor George Osborne introduced Budget 2013 as one for an ‘aspiration nation’; for those who aspire to ‘own their own home, get their first job, or start their own business.’ Economic update As always, the Budget was delivered alongside the latest economic forecasts from the Office for Budget Responsibility, and the outlook looks decidedly tough.[…]

Chancellor George Osborne delivered his 2012 Autumn Statement on 5 December, as the Office for Budget Responsibility said it expected the UK economy to contract by 0.1 per cent in 2012. The Chancellor outlined a raft of measures designed to curtail public spending and kick-start growth. Some of the key announcements for businesses were: Corporation[…]

Budget 2012 included a series of announcements that could affect your finances. Highlights included: The personal allowance will increase to £9,205 in April 2013, putting the Government on track for its £10,000 target. The 50% additional tax rate will reduce to 45% from 2013, after the new rate caused ‘massive distortions’ and raised just one[…]